“The politicians, experts and people in general during the conference in Beijing looked up to me and were very respectful because they know that alternative medicine in Germany is well practiced and established.

China is a Country with more than 5,000 years of history in using traditional medicine, despite it; they were very interested in the holistic advanced BioCell therapy and modern diagnostic system which I use in my practice. After my speech, I directly had a TV interview to which a lot of the audience around immediately asked my partner in China for more details. I think China is open to not only using conventional-modern western medicine. A great number of people know that in many cases, alternative-holistic medicine helps without side effects and can help prevent chronic diseases. Interesting to note how a western reporter found out that the best doctors in China have in majority-healthy patients because prevention is the key! I wish we could carry this way of thinking to more people in Europe but in the Philippines, I think it’s good that more people are being open-minded when it comes to alternative medicine.” - Oliver Weiss 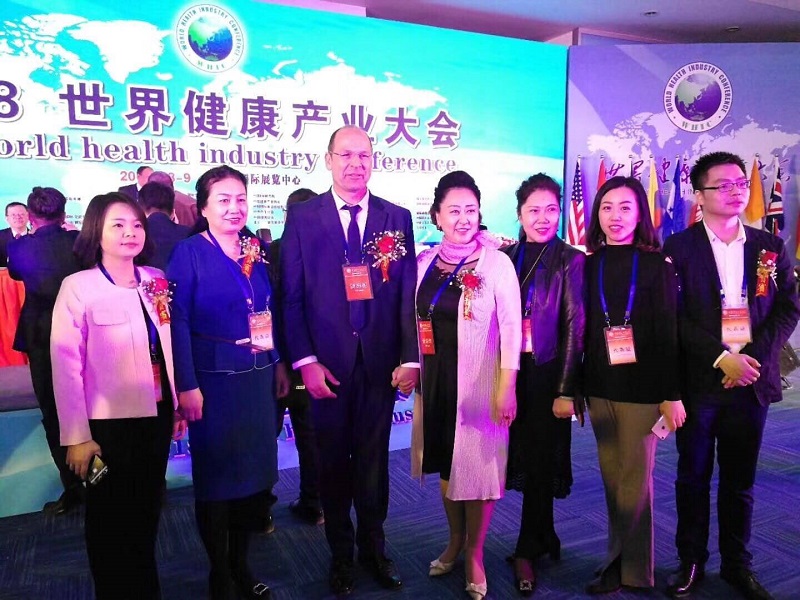 German Medical Director of Naturheil Zentrum- Oliver Weiss was invited by Dasheng Health from China to be one of the key speakers of the highly distinguished event, the Seventh World Health Industry Conference held at the China International Expo Center in Beijing last April 8 to 10, 2018.

The prestigious event was attended by representatives from more than 40 countries and regions, including China, Germany, the United Stated, Russia, India, Thailand, Albania, Tajikistan and Gabon. This year’s conference was themed on “Contributing China’s wisdom to promote the world’s health”.

A professional gathering of experts of the global health industry, the conference aimed to promote exchange and development of the world’s health industry. Transnational cooperation was apparent during the 3-day feast as the China Germany Large Health Industry Development Cooperation Union was launched to bridge Chinese traditional medical achievements and Germany’s advanced medical technologies. 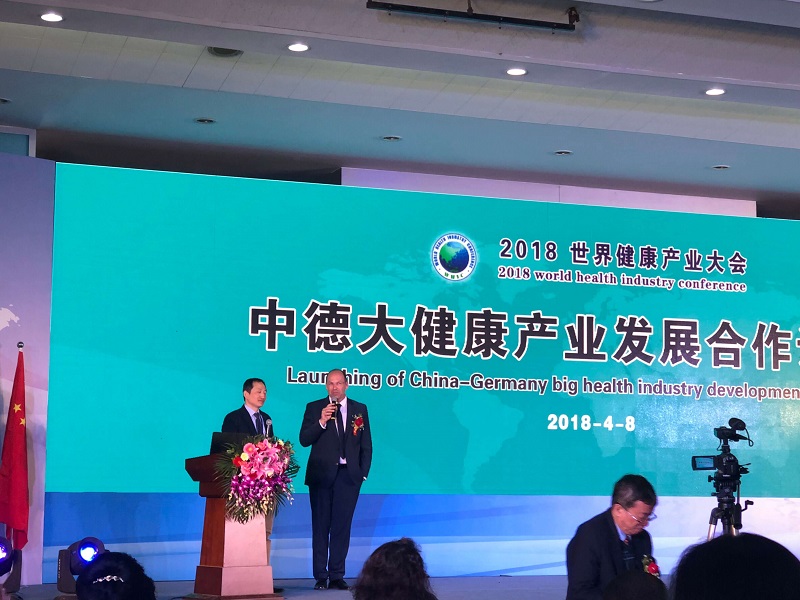 Medical Director, Oliver Weiss shared during the conference about the NHZ Delta Scan, a modern diagnostic system that is being used in his clinics, the Naturheil Zentrum, Weiss- Limburg & Cebu. The NHZ Delta Scan is a great tool for disease prevention as it helps to identify the factors which might lead to a disease long before the actual pathological condition develops. The NHZ- Delta Scan can spot cancer cells at the smallest trace long before conventional medical tests can detect it. The whole body scan also displays environmental toxins, allergies, parasites, food incompatibilities and many more- for each and every examined organ. 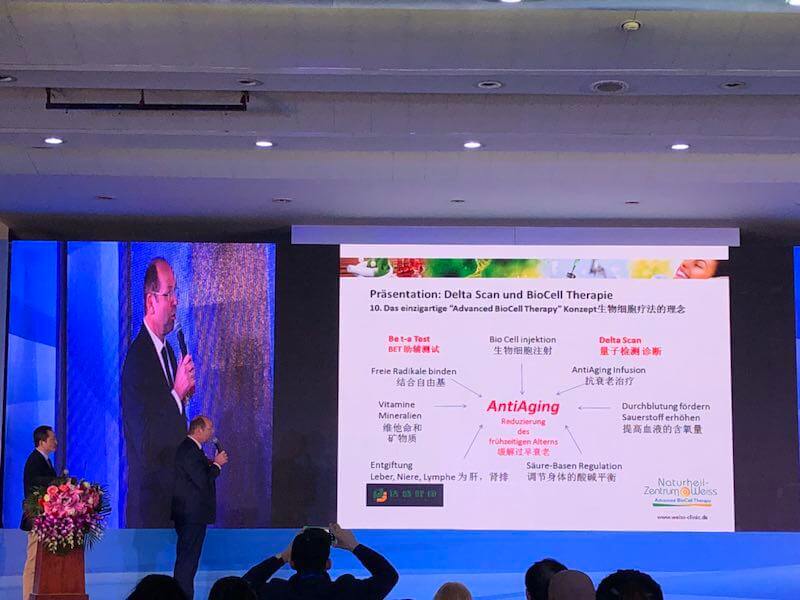 Oliver Weiss also shared during the conference his success with using the advanced BioCell Therapy to his patients with chronic diseases like Diabetes in his clinical practice. The therapy consists of the administration of BioCell injection to patients. The treatment principle consists of stimulating self-healing (cell regeneration) processes by supplying vital molecular organs in a natural, unchanged and immediate acting form. The self-healing power of each cell determines disease or cure. The goal with the advanced BioCell Therapy is to awaken, regenerate and fully harness the natural potential of the cells. The advanced BioCell therapy from Germany is a natural and effective cell therapy method for disease prevention and management through cell repair and regeneration.

A few certificates were awarded to key speakers in the conference which Oliver Weiss- Medical Director of Naturheil Zentrum, Weiss received for excellence in speech and knowledge in modern health contribution. 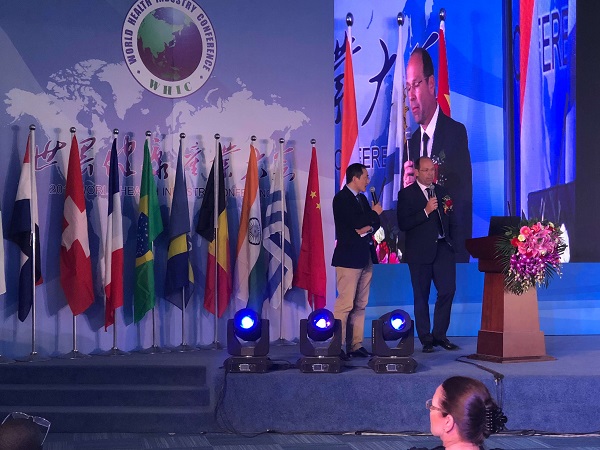 Oliver Weiss key speaker from Germany along with other representative experts from 40 other countries for the 7th World Health Industry Conference in Beijing. 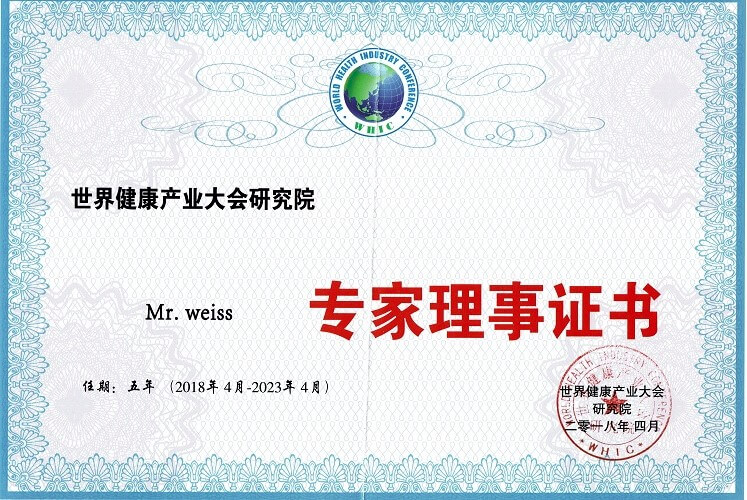 Keep up to date with our unique holistic concepts and services.

Be the first to know of our exclusive promotions and news!