A diagnosis of cancer creates a great impact to any patient. This was exactly the experience of Norwegian Nutritionist Karin Hvoslef, but her choice of treatment and her journey was brave, thought-provoking and truly something to learn from. Meet Karin, 17 years after her first unforeseen confrontation with Breast Cancer—healthier and more knowledgeable than ever from her life experience. 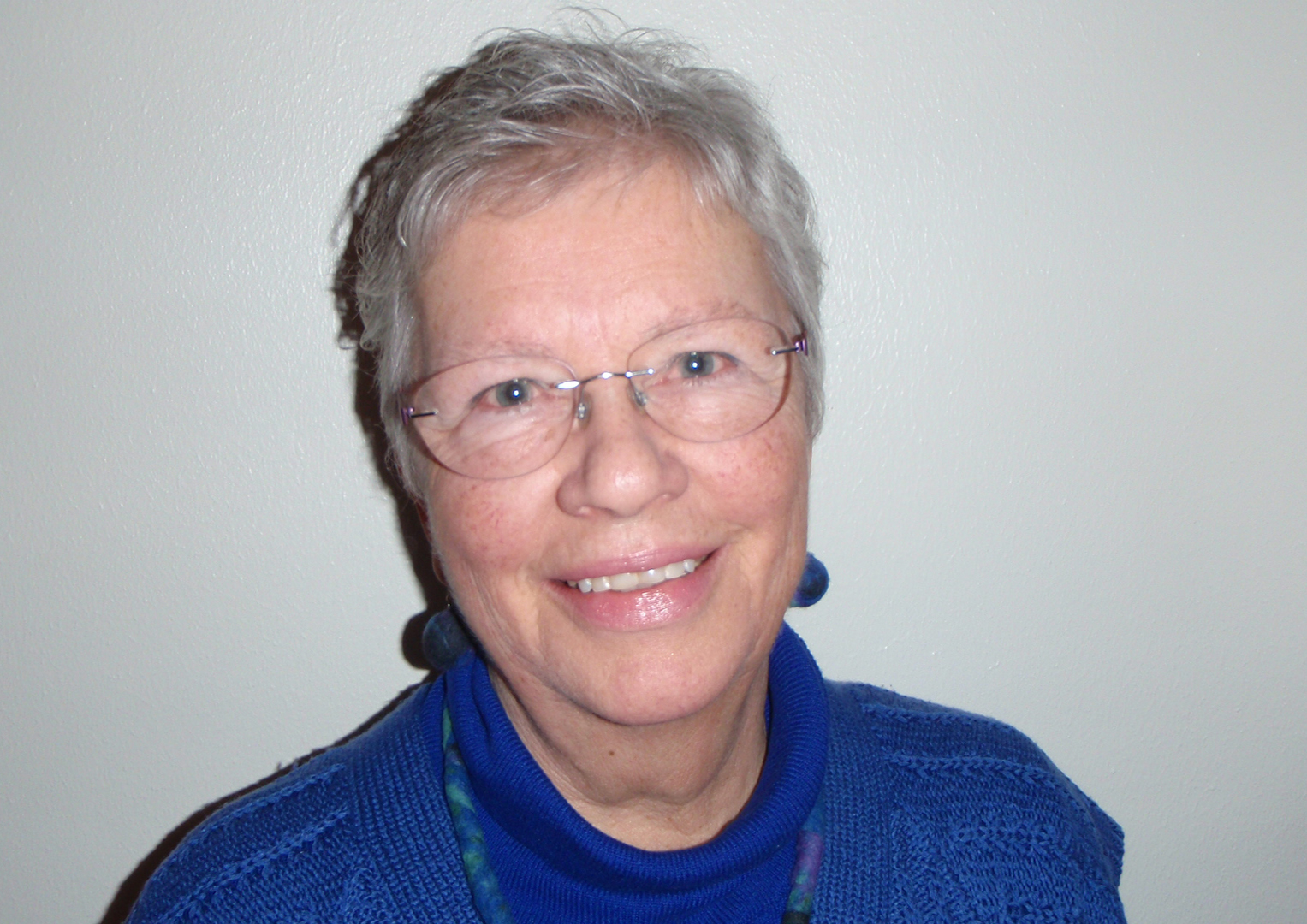 “This is my story”, Karin says, knowing fully well that others could have a history similar to hers, or have more or less serious outcome than hers. “So this is my personal story about my thoughts and experience.”

“This is my story”, Karin says, knowing fully well that others could have a history similar to hers, or have more or less serious outcome than hers. “So this is my personal story about my thoughts and experience”, she points out, remarking that in matters of being diagnosed with cancer and the ways to treat it, she relied mostly on her personal understanding to make her choices.

Karin’s journey can be outlined in three phases. The first was her Breast Cancer diagnosis all the way back in 2003. Back then, she had a Lumpectomy, a surgery performed to remove the lump from her breast. This experience is what made her decide to think differently about the suggested after-treatment to her. The second phase started in 2009 where she got diagnosed again with cancer using quite different methods in Germany. The third and final phase is how she lives now to give her body the best chance of keeping healthy.

You have breast cancer!

It seemed like an ordinary day in the late spring of 2003, but a single letter from the hospital changed it all. The mammography that you got a couple of weeks ago showed signs of cancer in the left breast. Please make contact for ultrasound and biopsy. So she did. After undergoing the tests, he had to wait for a couple of weeks for the results before the hospital called. “We have found LCIS (Lobular Carcinoma In Situ) in the left breast signifying a disturbance in the Mammary Gland.”

What followed was a biopsy which showed cells that were irregular, and a system of standard treatment was advised. Karin did some research on what that meant. She found out that it involved a series of operation, radiation and antiestrogen treatments which might result to long-lasting physical strains. She asked her insurance company to find a private hospital where she would feel safe and in constant communication with her surgeon.

Breast Cancer is the most common form of cancer among women. At least one out of 12 women will develop Breast Cancer. In Norway, there’s an average of 3,400 cases a year.

Karin went to a small private hospital. After talking to her surgeon, she was assured that they would not do more than removing the lump and checking the lymph nodes. After her operation, a different diagnosis was given to her called Ductal Carcinoma In Situ (DCIS). It’s an early form of Breast Cancer that is less dangerous as the lump is hidden in a milk duct. It is more of a pre-stage form that may or may not develop into a cancerous growth.

Still, her surgeon advised her that she should get radiation treatment, and thereafter would have to follow a five-week treatment with an antiestrogen medicine called Tamoxifen. At that point, Karin sought for a second opinion.

Looking back, putting it all in perspective…

The advise she got from another bigger hospital in Oslo was a non-personal, standard boxed solution. Additionally, it was based on an exaggerated conclusion which was different from the smaller hospital she first approached. However, despite the difference, she was advised the same after-cancer treatment.

In hindsight, Karin is quite glad that she found the courage to ask for a second opinion, and that she dared rejecting more invasive treatments. In 2015, more information concerning LCIS and DCIS were published. For every life saved in the mammography-based program, five women are overdiagnosed and go through surgery of a growth or tumor that otherwise would never have caused any problems in their lifetime.

Professor Roar Johnsen of the Norwegian University of Science and Technology (NTNU) has gone through all the studies done on Mammograms in Norway from 2008. Based on what he and his team found out, they felt sorry for the unnecessary treatment given to thousands of women that have been overdiagnosed, overtreated and overloaded. Luckily, Karin was not one of them.

Of course, when Karin disobeyed her radiologist who wanted to set her up on a five-week radiation treatment and she was told, “you will regret this when you get a relapse!”, she got a lingering nervousness. Instead, she got herself checked using ordinary methods such as mammography, MRI and CT scan.

Another reason that Karin rejected the post-treatments recommended to her is her lifestyle as an artist and a nutrition expert helping top athletes on their diet to perform well. She also considered how heavy the treatment could get on her mental clarity, and how it could cause Lymphedema and fatigue. She lived alone, and had only herself to rely on.

As we now know much more about the life and death of cancer cells, it is well known that stress and anxiety influence the Immune System negatively. When the Immune System is low, its normal and natural detection of cancerous cells also becomes weak.

In 2009, Karin got another unwelcome surprise. At a symposium that talked about Alternative Health, she underwent a general test called NHZ Blood Scan from a German clinic. The test revealed that she had too many cancer cells in her body.

NHZ Blood Scan is an advanced diagnostic system designed to detect a disease long before it has progressed in contrast to traditional diagnostics. Moreover, when detecting the underlying causes of diseases, the device used to perform the test can also display the level of environmental stress in most of the body’s such as allergies, viruses and bacteria, as well as the presence of parasites and vaccine loads.

In addition to the NHZ Blood Scan, Karin also underwent a laboratory test called BE-T-A (Bioelectronic Terrain Analysis) performed at the clinic in Germany. This test was developed by Professor L.C. Vincent (1906-1988) at the University of Strasbourg. Through the analysis of blood, saliva and urine, it can find the body’s physical pH value, rH2-Redox value, and the electrical resistance value or the sum of electrolytes. The test is comprised of a total of nine measurements which determine how conducive the body’s environment is to the growth of cancer cells, and how suitable the Immune System is to fight cancer cells. It can also indicate a patient’s Thrombosis risk, as well as evaluate the Pancreatic and Kidney functions, among other things.

After testing with the two devices, both of which are not used in Norwegian cancer treatment, Karin went on an extensive treatment program while in Germany. She received a high-dose intravenous treatment of B17, also known Laetrile and Amygdalin. This, by the way, is not a vitamin but an extract of Apricot kernels. The goal of administering B17 is to reduce the number of cancer cells in the body.

Karin also received a specially developed Basic Detoxifying Infusion that promotes intercellular acidosis which is the process of counteracting the acidity in the environment between cells. Furthermore, she also underwent Ozone Therapy. This process involves the discharge of blood from the body for the blood to be treated with ozone gas, before it gets returned back to the body. The goals of this therapy are to activate the natural killing cells or NK cells, detoxify the liver, and achieve an increased flow of the body’s blood and lymphatic veins. In addition, Karin received the Hematogenic Oxidation Therapy. This means that her blood was injected with medical oxygen and irradiated by Ultraviolet (UV) light. This process results to an increase in the body’s oxygen supply and kidney energy, as well as improve microcirculation and speed up metabolism.

Another aspect of her treatment program was Hyperthermia which involves the controlled increase in body temperature over time. This is done by placing the body in a heating chamber while the head is in free air. During this process, the body temperature is closely monitored and the body is given artificial fever. The final aspect of her treatment regimen are the intravenous high-dose vitamin C administration and injections with Glutathione. These help to bind and transport residual toxins and dead cancel cells. The combination of the above mentioned measures will also lower the degree of inflammation in the body. At the start of the treatment, Karin's lab tests showed over 23 million going up 41 million cancer cells. After her treatment, it was down to only 2 million cancer cells in the blood.

Karin has been fee from cancer relapse for the past couple of years. Even until now, she comes to our clinic for a cancer prevention treatment to boost her immune system, improve her body's environment, and to reduce cellular damage. She also gets regular check-ups with our modern NHZ Blood Scan to monitor her health status. In the event of an increased cancer risk, she can rest assured knowing that she always has the option of having our Advanced Biocell Therapy.

To know more about our Adjuvant Cancer Treatment (Preventive Therapy), feel free to contact us.